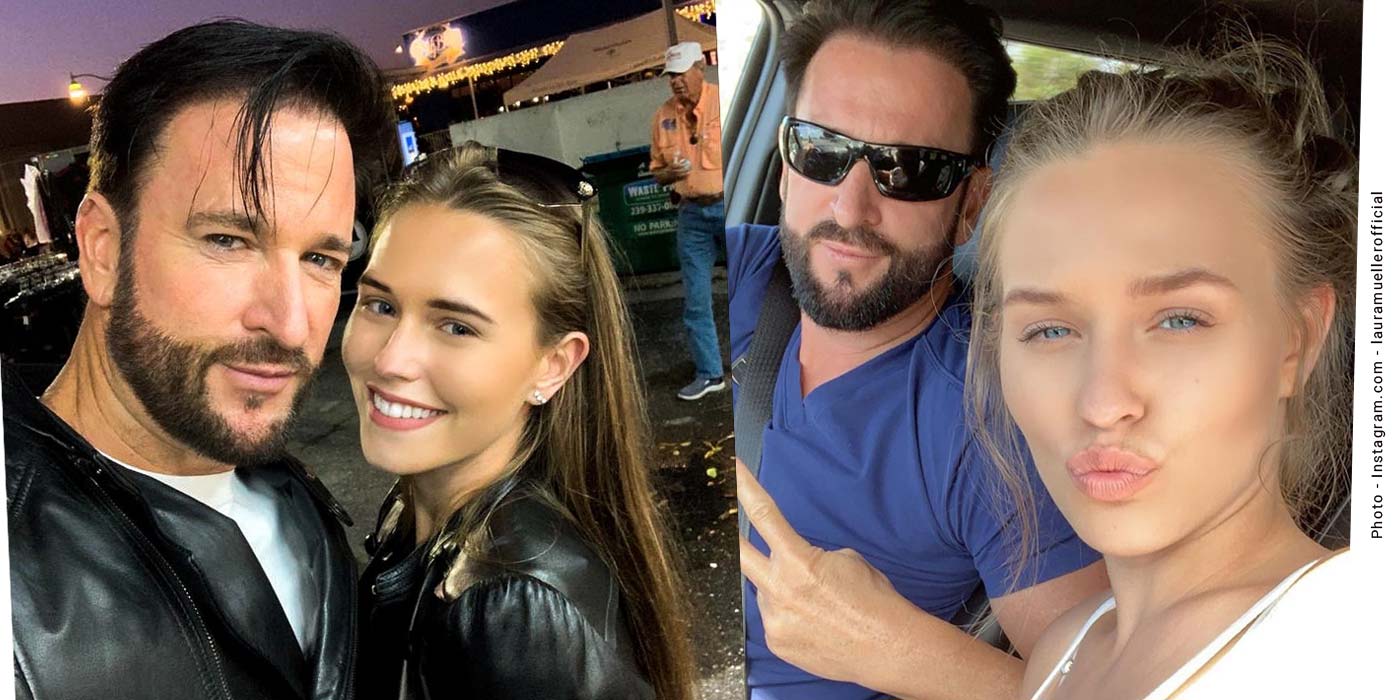 Laura Müller and the Wendler, an incredible media phenomenon! The couple met about a year and a half ago. Laura was and is a big fan of Michael Wendler, even knows his songs partly by heart. While Laura Müller was smiled at by many at the beginning, she has become a real TV starlet. With participation in broadcasting formats like the «Sommerhaus der Stars» on RTL or currently on «Let’s Dance». She presents herself to millions of people, not only on TV but also on Instagram. Almost half a million people follow Laura Müller on Instagram. by now. What is behind the phenomenon Laura Müller and where does her success come from?

Laura Müller drops out of school – For the Wendler, Laura drops out of school at the age of 18 and only one year before the Abitur. Originally Laura Müller comes from Stendal, a small town in Saxony-Anhalt, between the Harz Mountains, Berlin and Bavaria. There she went to school, but with the acquaintance of the Wendler, the subject of school was quickly settled for her. She dropped out, a year before her school-leaving examination. Now she lives with Michael and his daughter in the USA, more precisely in Cape Coral, Florida. Yet Laura is only a few months older than Michael Wendler’s daughter Adeline. In Germany her career is really taking off. More than 500,000 followers on Instagram, participation in one of the biggest TV shows in Germany «Let’s Dance» and she also gives her «Schatzi» a new car. Career woman or coincidence?

We met with an expert from Social Media One. The agency works for large and international brands and also looks after young Instagram starlets like Laura Offermann. What do the experts assess Laura Müller’s career and career opportunities?

FIV – First of all, thank you very much for your time! Laura Müller now has half a million followers on Instagram, dances on TV at prime time and already has twice as many as her friend, the Wendler. How is it possible that Laura starts from 0 to 100 in such a short time and has created such a large reach?

Social Media One – Laura’s great success comes from two sources. On the one hand, her relationship with Michael Wendler enabled her to take advantage of the high media presence from day one. The two polarize. Especially through the almost forbidden relationship, in which she was officially already 18 years old. Plus the relationship drama with Wendler’s soon-to-be ex-wife. A real drama that can be reported about daily. Second: Sex sells. Laura does what works well on Instagram: beach, bikini, tight dresses. The young, sexy girl. From her appearance in the first Wendler music video, scantily clad in hot pants, to the current Playboy shoot. Like I said, sex sells! Not just in real life, not just on TV, but on Instagram. 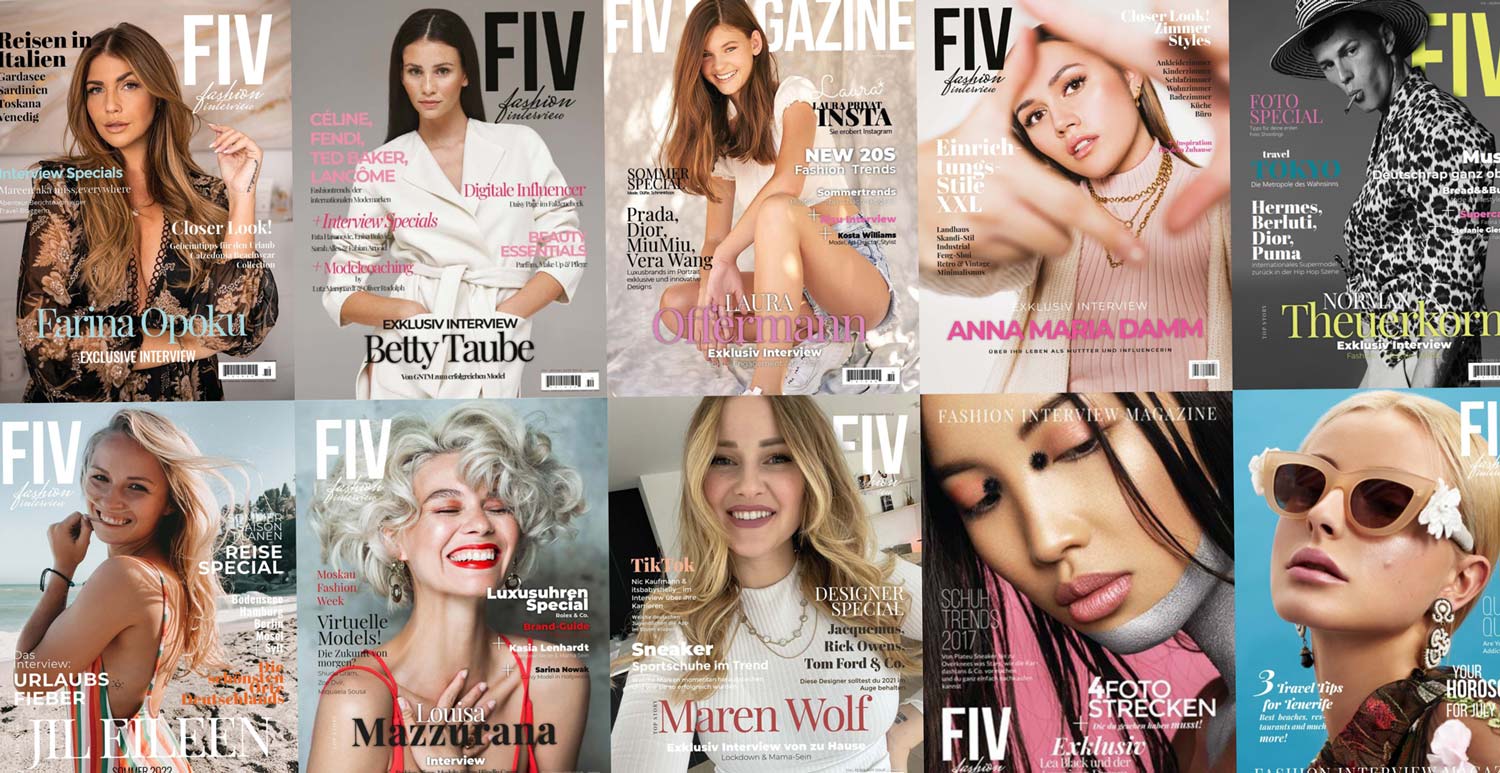 Accordingly, she uses the image of Lolita, who is slowly becoming a vamp.

The mix of sensationalism, through the relationship with her boyfriend Michael Wendler, the high age difference, the constant publicity and the «Lolita» image push the interest in her person extremely. But what makes Laura Müller very strong is her very strategic approach. While Michael Wendler often makes you think that you’re not putting your foot in it again, she takes a relatively straight path and appears very structured and thoughtful in her interviews. Of course she plays with the cliché, but behind the façade there could also be a smart woman.

FIV – She is not only booked for Wendler’s own music videos, but also by many customers, as you can see on Instagram. Advertising here, advertising there. Why does Laura Müller work so well as an advertising face?

She appeals to young people on Instagram, but through her boyfriend Michael Wendler she is also well known to an older, broader target group of TV viewers. The most Most aspiring starlets are only within one target group. Just as the typical bachelor candidate usually only has a real presence on TV, i.e. in an older target group and an Instagram Star who fails to make the leap into another target group. But Laura has both and is authentic.

Laura reaches both areas and is currently generating a lot of interest, so people want to learn more about her and her life. According to the principle: Every press is good press. The polarization, the great interest, as that ensures that people deal with their lives, for example in their daily Instagram Stories. Perfect for product placements, hotels she travels to, products she uses but also TV shows she participates in and will participate in the future. It guarantees ratings and attention.

Laura without the Wendler?!

FIV – Playboy Cover, Lets-Dance participation, does Laura Müller work alone by now or in other words, was Michael Wendler just a stepping stone for her career?

Social Media One – For one or two years she will surely have to put up with Wendler! But she is definitely on a good path to media independence. But at the moment she still needs the whole love story about herself and the Wendler. Otherwise her life would be boring. Being single for two years is out of the question for Laura, because that means she loses her story.

Maybe she could run off with a dancer after Let’s Dance. As long as the love story is extraordinary. Because that’s what her name stands for.

When I look at the reflected nature of Laura Müller, I think that she can be taken quite seriously. She is very authentic in her way, which makes her a real favorite for many people. But whoever watches interviews with her, as I said, sees that she answers in a reflected way and who sees that she knows which stories she carries to the outside world and which she doesn’t.

FIV – It girls are not a new phenomenon. To which celebrities and their careers can comparisons be made and why?

Social Media One – For readers who are not in the Instagram generation, Dieter Bohlen, Verona Pooth and Nadja Abd El Farrag come to mind quite spontaneously. But who will be Laura Müller in this game is the question. Smart like Verona Pooth or lost in old age like Nadja Abd El Farrag. Hopefully she will be like Verona Pooth! They do have a few parallels, both seem a bit naive, but they are smart. If you remember more exactly, you might also know that Verona Pooth once recorded a song. Exactly what Laura now wants to do with the Wendler! Last week the record contract was signed at Universal.

FIV – Where do you see Laura Müller in terms of success in two or three years?

Social Media One – Laura has success mainly through her media presence. Media presence requires new stories. Accordingly, I can imagine that at some point it will be difficult to find new stories. At some point everything is told and with her polarizing start, something even more interesting has to come, difficult. She met a 46-year-old pop star when she was just 18 years old, now she’s on Let’s Dance, one of the biggest TV formats, what more is to come? If she now «only» becomes a fashion designer, it would certainly not be an interesting story for the tabloids and TV stations.

Maybe in a year or two she’ll take time off from love and the media. Regenerates and reinvents herself. Like Lena Meyer-Landrut, for example, who also became known throughout Germany at a very young age and has increasingly recognised that she has to serve a certain image, that she herself is not or no longer. After all, a lot changes when you are 18 years old.

FIV – Many thanks for the answers!

Where does Laura Müller come from?

Laura Sophie Müller, as she is called by her full name, comes from Stendal (Saxony-Anhalt).

Where does Laura Müller live?

Since 2019 she has been living in Wendler’s Villa in Cape Coral, USA.

How old is Laura Müller?

How old is Laura Müller friend of Michael Wendler? When was Laura Müller born? That was a big question, especially at the beginning of her career. After all, the two met, so Laura was still very, very young, officially 18 years old. Laura was born on 30 July 2000. So in 2020 she will be 19 and 20 years old respectively.

If Laura’s birthday is on July 30th, then she’s a Leo.

How old is the Wendler?

What is Michael Wendler’s real name?

The Wendler’s civil name is Michael Norberg. The name Norberg is still borne by his ex-wife, Claudia Norberg. But his last name is Skowronek (source: Wikipedia).

Where does the Wendler come from?

How old is Claudia Norberg?

We may request cookies to be set on your device. We use cookies to let us know when you visit our websites, how you interact with us, to enrich your user experience, and to customize your relationship with our website.

Click on the different category headings to find out more. You can also change some of your preferences. Note that blocking some types of cookies may impact your experience on our websites and the services we are able to offer.

These cookies are strictly necessary to provide you with services available through our website and to use some of its features.

Because these cookies are strictly necessary to deliver the website, refusing them will have impact how our site functions. You always can block or delete cookies by changing your browser settings and force blocking all cookies on this website. But this will always prompt you to accept/refuse cookies when revisiting our site.

We fully respect if you want to refuse cookies but to avoid asking you again and again kindly allow us to store a cookie for that. You are free to opt out any time or opt in for other cookies to get a better experience. If you refuse cookies we will remove all set cookies in our domain.

We provide you with a list of stored cookies on your computer in our domain so you can check what we stored. Due to security reasons we are not able to show or modify cookies from other domains. You can check these in your browser security settings.

These cookies collect information that is used either in aggregate form to help us understand how our website is being used or how effective our marketing campaigns are, or to help us customize our website and application for you in order to enhance your experience.

If you do not want that we track your visit to our site you can disable tracking in your browser here:

We also use different external services like Google Webfonts, Google Maps, and external Video providers. Since these providers may collect personal data like your IP address we allow you to block them here. Please be aware that this might heavily reduce the functionality and appearance of our site. Changes will take effect once you reload the page.

The following cookies are also needed - You can choose if you want to allow them: